The Snapmaker Luban, previously known as the Snapmakerjs, was first released in January, 2020. The software has come a long way since its origin, the Snap3D. The Snapmaker Luban now even has a dedicated website and is open source on GitHub; it's used and loved by tens of thousands of users around the world, and it's only getting better and better with added features. Our vision of the software has changed slightly over the years, but our main goal stays the same.

Road to 3-in-1 Powerhouse

Back in 2017, we released our very first 3D printing software, the Snap3D. Our ambition was to develop a 3D software not only for our users but also for all makers. As the software’s name implied, we focused mainly on the 3D printing functionality in the software. It was able to do simple 3D printing tasks such as slicing models and exporting G-code files. The software itself was built upon the Cura slicing and Unity engines, and had basic layout and style that helped shape our current software. It was our first step to build a maker tool from a piece of software. It achieved what we wanted at the time; with 2 modes and in 3 steps, you were able to print with Snap3D. 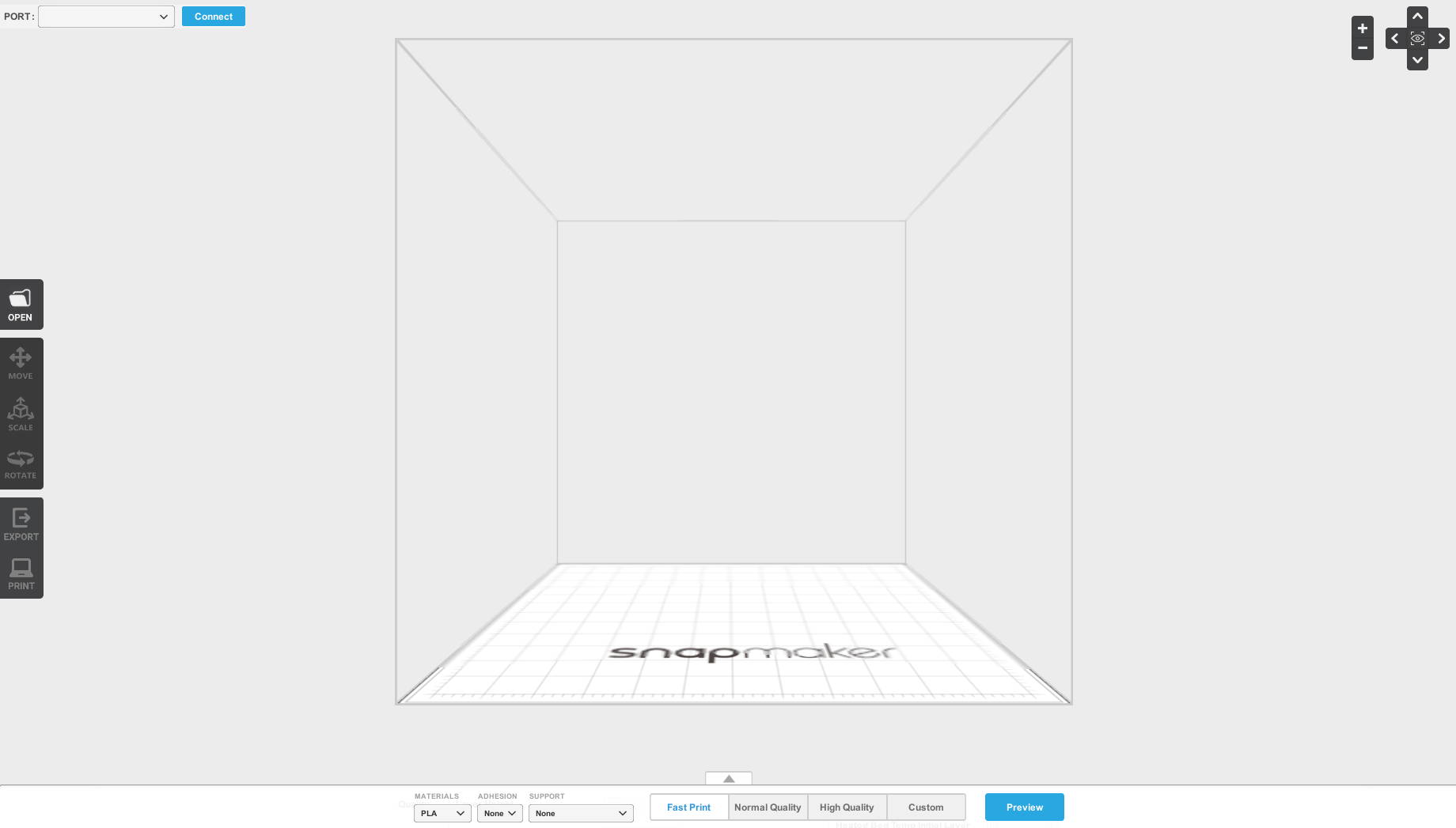 Snap3D, the start of everything

We didn’t stop there; we wanted our software to be completely compatible with the Snapmaker Original. We wanted to give our users a smooth user experience where they can use our software for all their making tasks. This idea became the gist of our next project, the Snapmakerjs. The first generation of Snapmakerjs was released in 2018. It did what it was intended to, 3D printing, laser engraving, and CNC carving. Our goal for the new piece of software was to provide our users with one working station so that they didn’t have to mess around between different programs to utilize all the features on the Snapmaker Original. The Snapmakerjs added functionalities of laser engraving and CNC carving. Few slicing software out there were doing the same at the time. We even added Faster Grayscale Engraving, Camera Aid Background, CNC Relief Carving, Multiple-Model Laser Engraving & Cutting, and Multiple-Model 3D Printing features to the software. 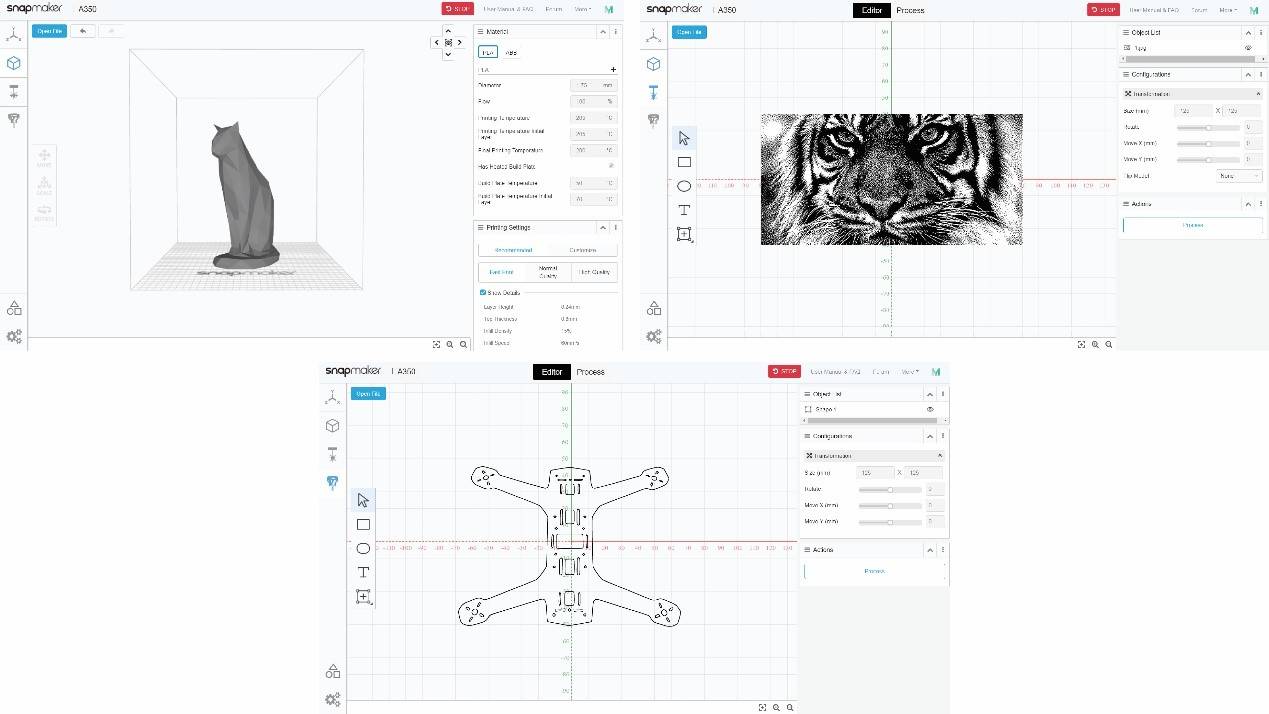 To take things even further, we wanted to make the Snapmaker Luban a standalone project and introduce it to the maker world. That is the reason why we set up a dedicated website page just for the Snapmaker Luban. If we wanted to provide our users with one working station with the Snapmakerjs, we want the Snapmaker Luban to be of assistance for all makers around the world. Luban.xyz fully showcases the characteristics of the software, highlighting its focus such as ease of use, workflow integration, and customizability. Another thing about Luban.xyz is that it supports 9 languages and multiple platforms, such as Windows, macOS, and Linux. You can easily download the version you want on Luban.xyz with its smart web design. 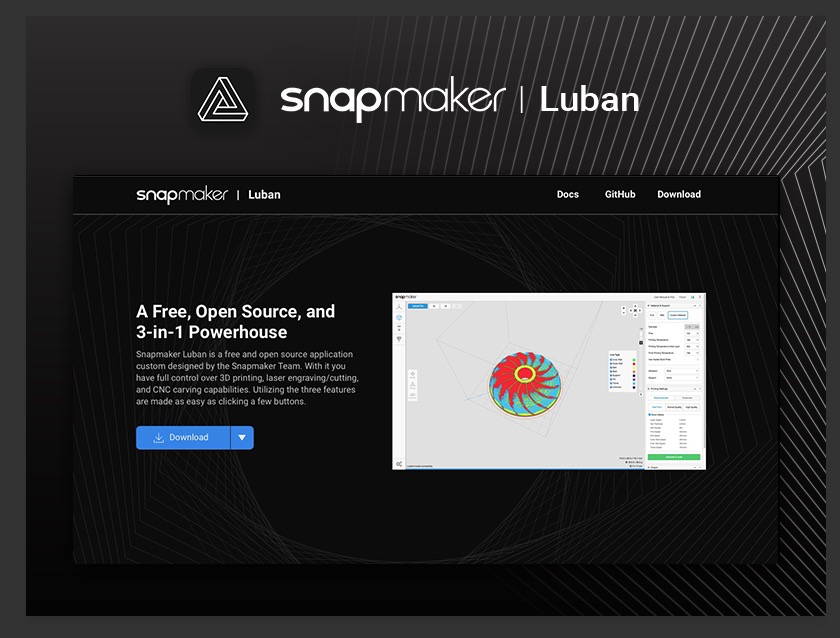 What’s more important about Luban.xyz is its role. It serves as a central hub for the software and links to the official Snapmaker forum and Snapmaker Facebook groups. Makers can go on Luban.xyz and find all the resources about the software with ease.

With that said, all users are welcome to post any issues and/or bugs found in the software. We believe that great things happen when there is a gathering of great minds. You can file an issue on "GitHub Issues" to submit a bug or feature request. And please make sure you have read our guidelines before contributing code on the Snapmaker Luban GitHub page. Thank you!